Colleagues from EURAC in Bozen/Bolzano (Italy) have produced nice spatial visualisations of results originating from the HydroAlp and HiResAlp projects, within which the Biomet group is partner.

The annual CO2 balance for 2011 is now available. Uptake started very early in spring and attained close-to-record values before the second cut, but less than usual carbon uptake during September (before the third cut) and comparably large losses during the wam autumn caused the annual CO2 balance to top out pretty much average and thus neutral.

Figure of the Week

Results of our project with the Anton-Auer Hauptschule Telfs are online now! (link coming soon) 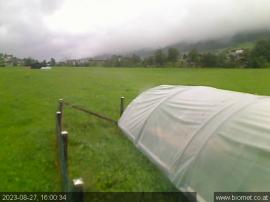